Passive Safety sensors for frontal collisions are accelerometers that determine through the measurement of deceleration forces whether there has been a serious enough rapid change in the vehicles movement to warrant the deployment of passive safety devices such as seat pretensioners and airbags. The accelerometers are connected to computer chips and software programs that evaluate the accelerometer input data and then determine if a deployment of the safety devices is needed. This process of measuring data and calculating a decision to deploy varies by vehicle, but generally must be done in under 20 mili-seconds. This is one of the most difficult processes to be done in the time frame. 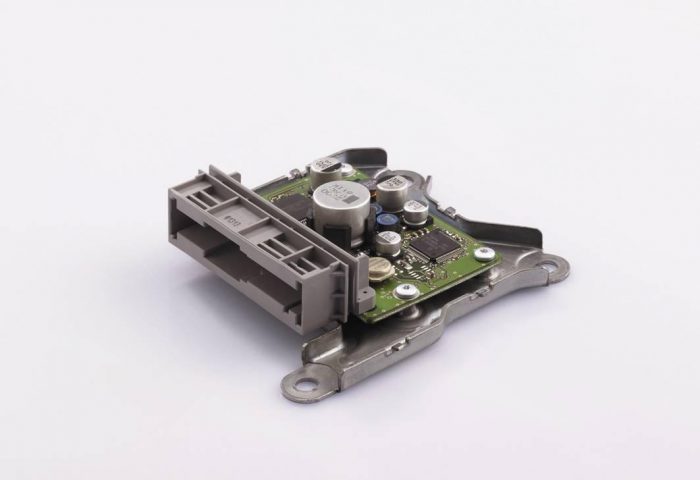 Passive Safety side impact sensors are similar to the frontal sensors in that accelerometers are used to measure the impact force, but do not have an independent ECU. They instead are connected to the main ECU that houses the frontal sensors and use that CPU to calculate the deployment decision. Side impact sensors are also called remote or satellite sensors as they are dispersed in multiple locations to assure the side impact is measured accurately as the impact site can be across the entire length of the vehicle.

Roll over is a slow event compared to the other collisions as it can take up to 6 seconds to complete while the side and frontal collisions are over in milliseconds. The roll over sensor uses accelerometers that measure the yaw angle and roll rate of the center of the vehicle to determine if a roll over is about to happen. These sensors are connected to the Frontal ECU or the Braking ECU or can be a stand lone unit. Upon determination of a roll over accident in progress, the roll over curtain is deployed on both sides of the vehicle providing protection from impacting the ground or other hard surfaces and keeps the occupant from exiting the vehicle.

Join us for the 2022 Annual Meeting